This deprecated function has been removed since version 929.

Due to the fact that Google Map API has been changed several time, and Internet Explorer SDK, which Genius Vision employs to embed Google Map has been obsoleted by Google, you may receive script error when using Google Map.

Due to several architectural issue involved, there is currently no plan to fix this issue. Google Map can be considered as a deprecated function, and it will be removed from the NVR software in the future.

You may receive script error (such as the screenshot below) when using Google Map. 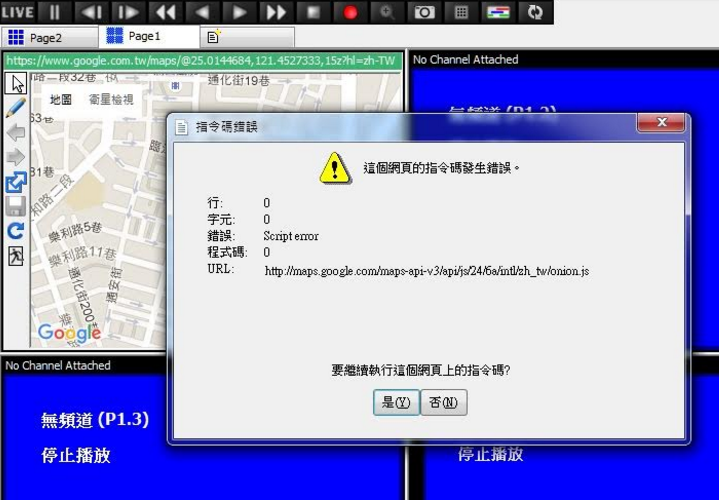 There is no known workaround. However, you may choose to use Genius Vision internal map function to replace such function.