There are 2 tables in Software Changes: Changes and IssueVersionGrid.

This lists known issues and their fix, if it's fixed. The IDs are coded as following:

Taking the 3rd row "KI:MaxSzNonHdd" issue as an example: 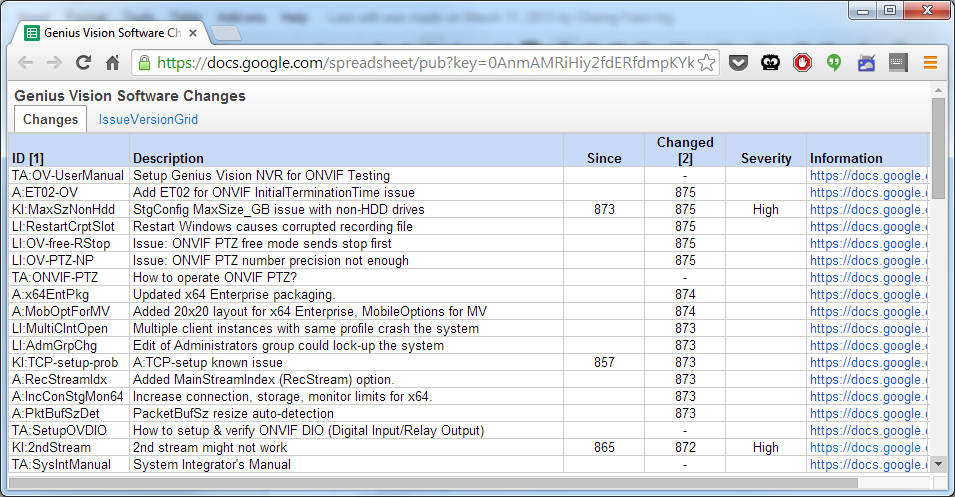 The table visualized affected versions. "X" means the issue is present. "<" means the issue is fixed. Bugs can be introduced during software development and you may not be satisfied with every change of newer versions. So don't blindly update to the latest version. Use the table to find the issues that currently bother you and install "Suggested Upgrade" to fix the active issues without changing the system dramatically. 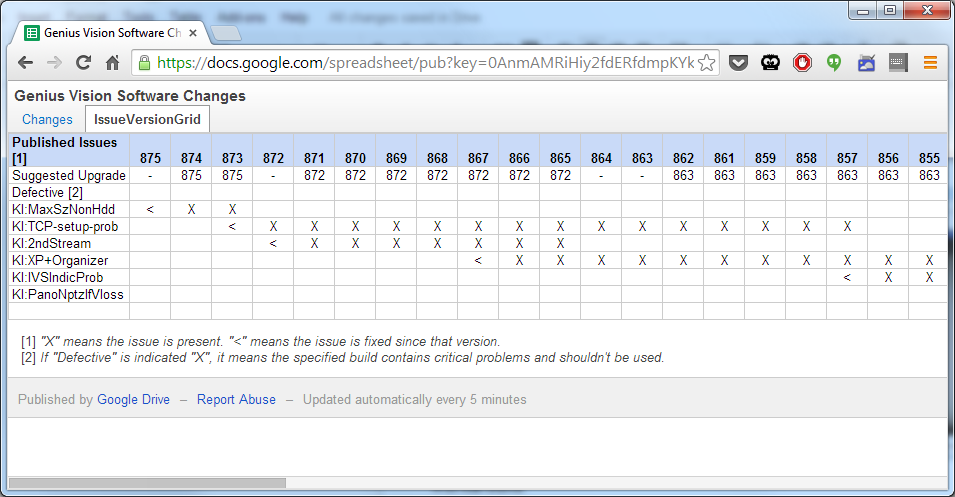